Born on January 12, 1958 in Hartford Connecticut, as a teenager, Adam John Leventhal began sculpting clay. By the time he finished Pomona College, he had tried working in stone and wood before he found his true love, metal. For the next 20 years, Adam sculpted public art, political art, and domestic art, most of it iron, bronze, or steel.

He had his first success with “Little Guys, Big Bucks” silk-screened dollar bills on three by five foot steel sheets, crumpled and riveted to look like paper figures. Funny and illusional (a friend who saw them scampering across a gallery façade because that was the space Adam selected in a group show, lost his bet that they were in fact made of paper), they are typical of Adam’s work and now appear at Coca Cola headquarters in Georgia, the Federal Reserve in Washington, and in private collections in California, New York, and Illinois.

A subsequent maquette called “Fred and Ginger” consisted of a steel clothes line where a dress and a tuxedo fluttered‚ For his “High Wire Act” in West Hollywood, Adam created a life-sized figure that appeared to be making his way down a wire held between the thumb and pointer of a giant gloved hand. He called his 55 foot steel fisherman hauling from a Hampton Roads Virginia parking lot a fish made out of a nun-buoy, — the line between fish and fisherman nonexistent but palpable, — the “Colossus of Hampton Roads”

Adam used his own hand to model “Health Act” a flame-holding hand in Panama City, Florida. “Health Act” in Pensacola, a stainless steel figure balanced one-handed on a hoop, his other hand holding a chair aloft, is actually a self-portrait. He also sculpted bas-relief portraits of his grandfather, and of the singer Keb Mo (“The Buddha of Blues”) for Fais Do Do, a West Adams Boulevard blues club. Adam mass-produced papier-mâché Pritzker faces for use by a union demonstrating against the hotel chain’s labor practices.

For a time, Adam’s installation, “Boat Drop”, in which a motor boat appeared to be diving into the earth stopped Echo Park traffic. Typically, this carefully planned, executed, and anchored piece gave the illusion of motion and spontaneity.

“La Poderosa,” his powerful steel female figure brandishing a sewing machine, stands on L.A.’s 7th Street in front of Las Familias del Pueblo where Adam worked for some years, first helping people on welfare find housing, and then teaching art. He also taught at Hampton University, the University of Redlands, the Crossroads school, and in California prisons.

In 1997, Adam organized neighbors around an empty downtown L.A. lot, and created Esperanza Gardens, its centerpiece a pergola constructed out of salvaged scraps. Adam had earlier (1991) made “Dream Work Fence” around a park at Hollywood Boulevard and Western Avenue, a tribute with its flying shopping cart and ancient bedsprings, to the area’s homeless population.

While some of his work has been dismantled, Adam’s reproduction of Bullock‚s gates still stands on Wiltshire, and “Sun Moon Dome” is an unexpected ornament downtown, on the Pershing Hotel.

Adam made a series of bronze tree guards for downtown Los Angeles, each framing a hand, flames, or waves. He formed a many-bladed chandelier, designed to crash and kill in a horror move. As art director, he created sets for such C-movies as “Dead Women in Lingerie.” He regularly rented his historic blacksmith tools for other movie sets, and his stainless steel snake hands sculpture have also appeared on screen.

Fluent in Spanish, Adam was much loved by his neighbors. After he died, children and adults made a shrine in his honor, its centerpiece a mini-anvil with wings. Of all his work, Adam was proudest of “Flight”, a steel and neon sculpture at the Boise airport, because its installation presented huge challenges, which he surmounted. Stricken by bipolar disorder when he turned 40, Adam took his life at 42, leaving behind his wife and child, his parents, two brothers, a sister, 5 nieces and nephews, and, his “Perfect Rose” and his “Hate Machine”, a plow whose blades wear hands. 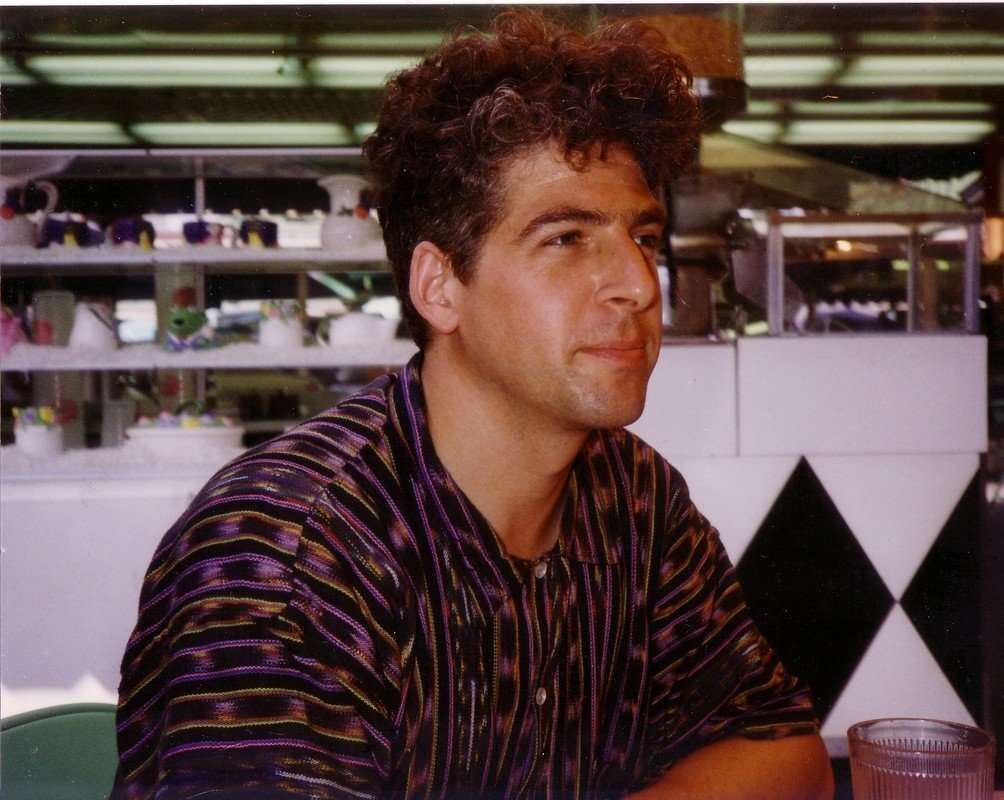 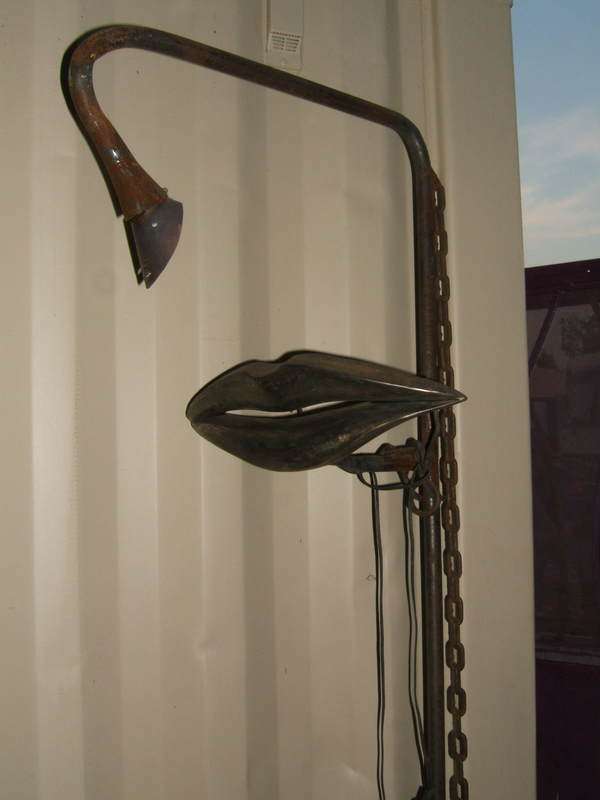 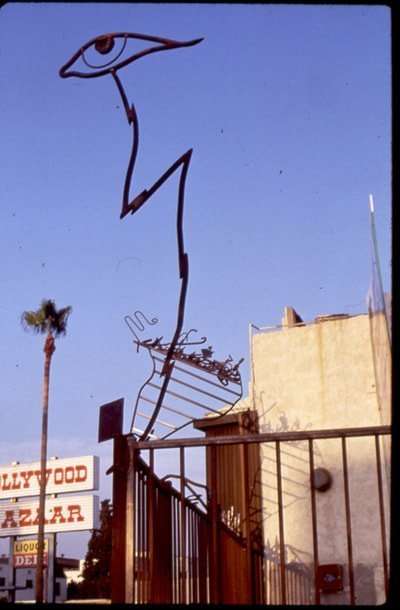 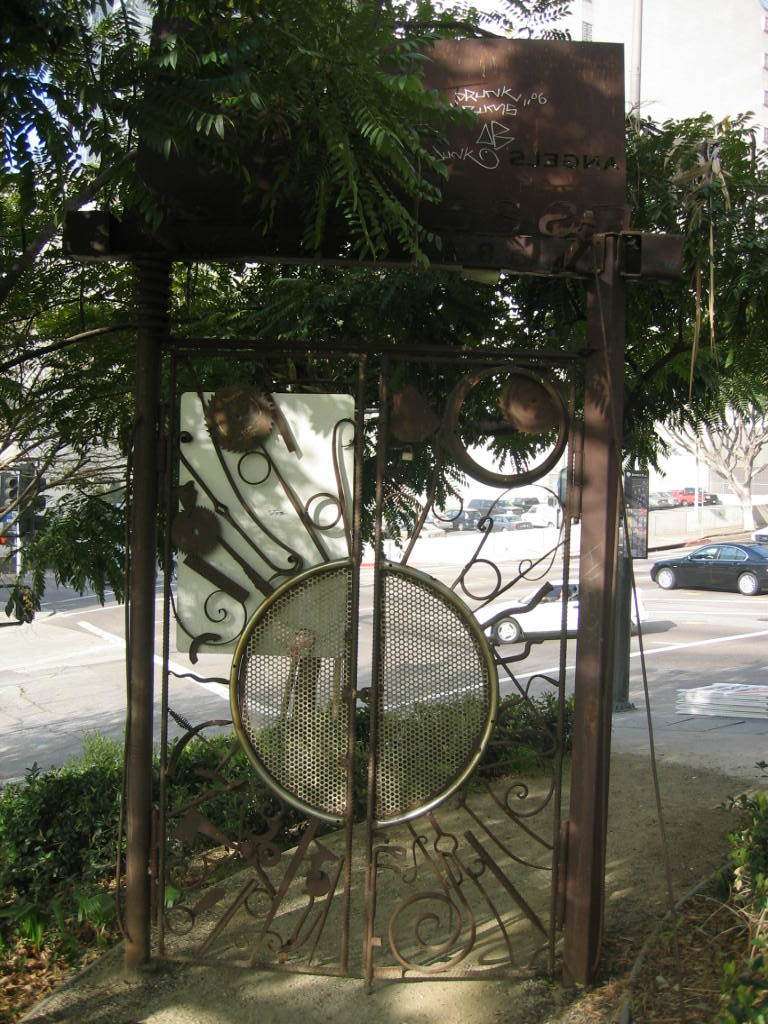 Adam’s Forge is Blacksmithing in LA

Adam’s Forge is creating a thriving blacksmithing community through classes and events that inspire and support aspiring artists, tradespeople, and community.